The changes are not an equal opportunity offensive depressant. Because the old rules favored elites that generated “star” treatment (getting 50/50 calls), they’re the players disproportionately affected.

In fantasy, where we deal with approximately the top 150 players, this top-heavy effect is pronounced. The elite superproducers who counted on that kick of the legs, awkward flop, or bearded wince to get them to the line.

The list of affected elites reads like a fantasy who’s who: James Harden, Luka Doncic, Bradley Beal. Lesser-known names are also getting dinged, but star guards and wings are the most high-profile cases.

We in fantasyland are left to ponder three questions: 1) is this the new normal? 2) will elites unlock the rule changes and figure out other ways to score efficiently? 3) is this more balanced, defense-empowering form of basketball the worst thing to happen to fantasy since Don Nelson retired from coaching?

Our best guesses as of this writing: 1) sure looks like it 2) nowhere to go but up, ride it out 3) whoa, Nelly.

How can I make you feel better about all of this… okay, here’s one way to think about it.

Fantasy value is holistic. What affects one player’s value affects the entire player pool. When one player dips, another player edges upwards. Fantasy basketball is a market-an aggregation of value. The value is always there; right now, it’s just arriving in a few new combinations.

Extreme statistical fluctuation in fantasy adds a little sizzle to our tremulous pastime. It stretches our points-addled minds. It gives us something new to strategize around.

But as I wrote last week, for said elites, it’s safe to assume some bounceback is in order. Elites aren’t going to remain perpetually flummoxed. They will figure it out… but the recovery in fantasy production could arrive in different forms/categories.

Create or join an ESPN Fantasy Basketball league at any time for the 2021-2022 NBA season.

Think of it this way. On off-shooting nights, great players find other ways to help their squads.

Curry’s offensive numbers are getting dinged in all the ways we’re discussing. His points per game (28.7), 3-point percentage (40.6%), True Shooting Percentage (64.0%), and free throws per game (5.1) are markedly down. Yet by most measurements, including our vaunted Player Rater, Curry is the best player in fantasy basketball.

Curry is finding other ways to get it done. His rebounds, assists, steals, free throw percentage, and blocks are all up. I didn’t think it was existentially feasible for Curry to shoot better at the line, but there it is… 95.8%.

Curry’s most impressive bump is in blocks. He’s averaging 0.6 per game on the season. In relative terms, that’s Gobert territory. Any PG swatting half a shot per game is an elite shot-blocker (another reason why we miss John Wall, btw.)

And here’s your bounceback: by finding other ways to get it done, Curry’s traditional strengths are currently on the rise. Over his past four games, Curry posted 31.5 PPG, 6.0 3s, with a 70.2% True Shooting Percentage.

And that’s without getting his free throw attempts back. Curry’s 13-of-13 night at the line during his 50-point throwdown against the Hawks is an outlier. Over his last four games, Curry only attempted 19 free throws. The night he went for 40 against Chicago? Curry shot one free throw. ONE. But he canned 9-of-19 3-pointers.

(Look at Carmelo Anthony. For nearly 20 years, Anthony’s most underrated ability is his ability to adjust…when he wants to. It’s why Olympic Carmelo was so different from All-Star Carmelo. And it’s why I’m not surprised at his 3-pointer-driven third act. Maybe Russell Westbrook should take him to lunch.)

Great players own their personal gravitational fields. They will find a way to exert an outsized influence on the proceedings.

Like the other affected elites we’re discussing, Curry’s outsized influence encapsulates via one of my favorite fantasy metrics: Usage Rate. The percentage of possessions a player owns when they are on the floor.

Anything above 30.0 is elite. Curry’s 32.6 usage is good for seventh-best in fantasy. The fact that so many high-usage players are struggling with the new rules can be instructive. Predictive, even.

My prediction: some high-usage elites will adjust eventually, but some won’t. I have a feeling players who also traditionally operate efficiently are better bounceback candidates. So if you’re thinking buy low (as you should), you’ll want to keep that in mind.

Through that prism, let’s quickly examine the other usage elites (and near-elites) I’d tab as “struggling” per our discussion.

Lillard is traditionally a top-20 player in terms of overall shooting efficiency. And while he’s made his living at the line, Lillard’s made big adjustments in his game before. Given decent health, I’d be shouting “buy low” from the rooftops. But Lillard’s abdominal issue is the kind of chronic issue that could subtly kneecap an entire season.

Removing Doncic’s ankle injury for a moment, I’d regard Doncic as a buy-low. Especially in points leagues. It’s not as if Doncic was ever a big threat at the free throw line. He’s struggling across the board. But Doncic’s unique multicategorical portfolio, coupled with the fact that he’s still a mile below his eventual ceiling, makes me think he starts reconfiguring his box scores.

After 13 games, my Wizards own their best record in my lifetime. And they’re doing it while Beal has underperformed by about one fantasy round.

It’s impressive Beal has only lost a round of value. His numbers are beyond cattywampus. Beal’s home/road splits exhibit a pernicious polarity. He’s averaging 27.0 points at home, just 19.6 on the road. He’s shooting 47.3% at home, 34.0% on the road.

Coming out of the Westbrook trade, most pundits missed just how transformative the depth the Wizards received in return could be. (I didn’t. But I am only a fantasy pundit.) Beal hasn’t had to do it all as in previous seasons.

So does that make this Beal’s new normal? No. Beal – – especially in rotisserie leagues – – is a buy low. Between the rule changes, COVID status, a minor injury, and a significant personal loss, Beal has dealt with a lot early on. With early Coach of the Year favorite Wes Unseld Jr. at the helm, Beal will figure out how to escalate his production while meshing with all the 10-3 newness.

Going into draft season, I tabbed Randle as ripe for fantasy disappointment. Adding Kemba Walker and factoring in improvement by RJ Barrett, Randle’s 2020-21 29.3 Usage Rate was going to be near-impossible to duplicate. His 2020-21 was just one of those special seasons.

But Randle isn’t going to be this disappointing all season. He’s never going to be a perennial top-15 fantasy player. But he’s going to finish higher than 37th on the Player Rater. Like Doncic, Randle’s multicategorical talent will figure out a way to produce. 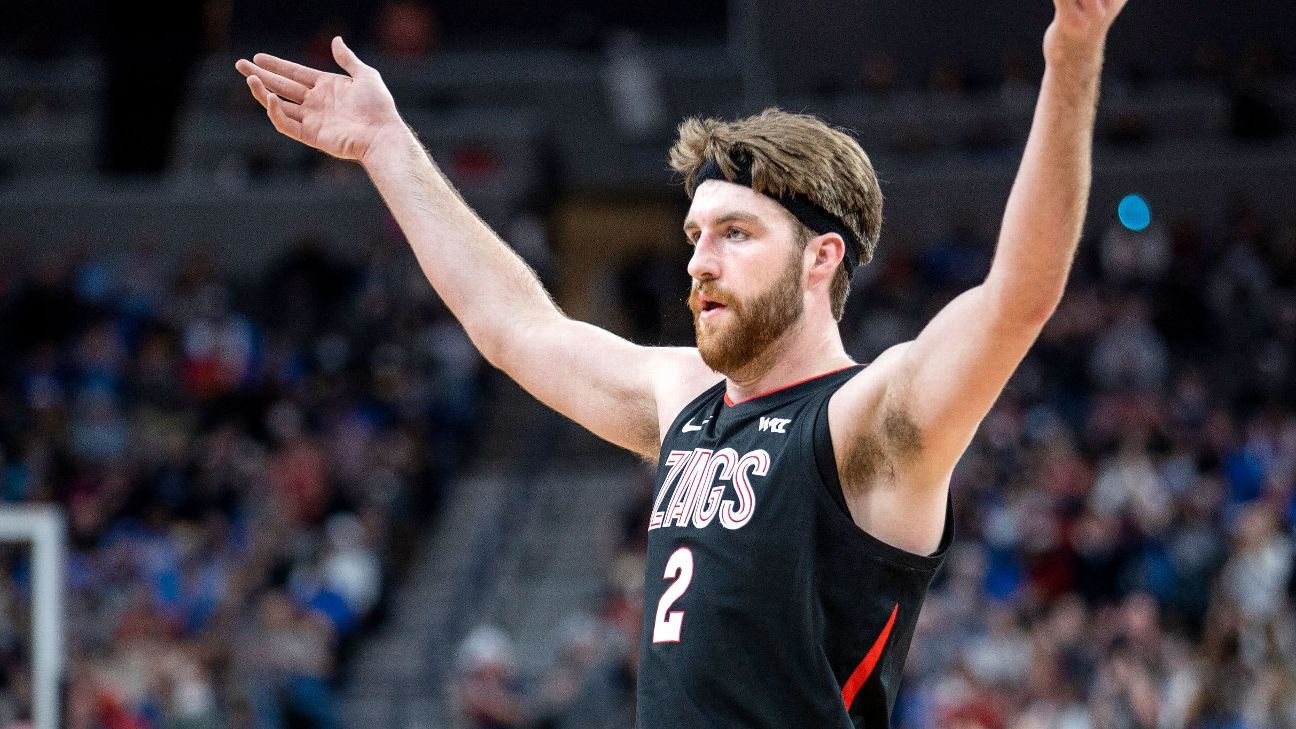 No. 1 Gonzaga dominates No. 2 UCLA in men’s basketball showdown