The PGA Tour moves from Texas to Georgia for the 12th edition of the RSM Classic – the final full-field event of the year – so Steve Rawlings is here with his comprehensive preview.

Steve says: “Keep a close eye on the weather here as Friday is forecasted to be much windier than Thursday so being drawn on the more-exposed Seaside Course in round two could prove problematic.

“The last five winners have all been in front at the halfway stage but that doesn’t tell half the story and this is definitely an event in which you can take on odds-on shots in-running and in which you can chance players from off the pace. There’s nearly always plenty of drama and four of the last five renewals have gone to extra time…

“I’m wary of getting too involved before the draw is made as there could be quite a bias in favour of those playing on the Seaside Course in round one but I have backed one at a decent price already – Brendon Todd – who putts well on Bermuda and loves this sort of test. I thought 85.084/1 was just too big given his 11th placed finish in Mexico last time out.

Dave Tindall is back with three each-way tips for the action at Sea Island starting with a player who could be due another big week.

Dave Tindall says: “With the Bermuda Championship an obvious reference point, I’ll kick off with a punt on Patrick Rodgers at a healthy 80/1.

“Rodgers was fourth at Port Royal after sitting second at halfway and that came just two starts on from a top six at the Fortinet (formerly Safeway Open and another shortish course). If you like patterns, he’s now gone 6-MC-4-MC so is due another big week!

“Touted as a future superstar, the lack of win remains a surprise but perhaps the planets are aligned this week.”

Four of the last five winners of the RSM Classic went off at a triple-figure price, so Steve recommends a quartet to back this week.

Steve says: “To win this event you need to putt well on the Bermuda greens and after ranking first for Putting Average at the Bermuda Championship in his penultimate start, where he arguably should have won (finished second) and having putted well again in Mexico last time out, when finishing seventh in the World Wide Technology Championship, Danny Lee feels like a must have bet, even with the potentially poor draw.

“Lee’s sole success to date came in the now defunct Greenbrier Classic – a tournament that looks like it may correlate nicely with this one. The aforementioned Streb has finished second there a couple of times and the man Streb beat in extra time last year, Kevin Kisner, who was also bidding to win here for a second time, was in the playoff that Lee won at Sulpher Springs in 2015.” 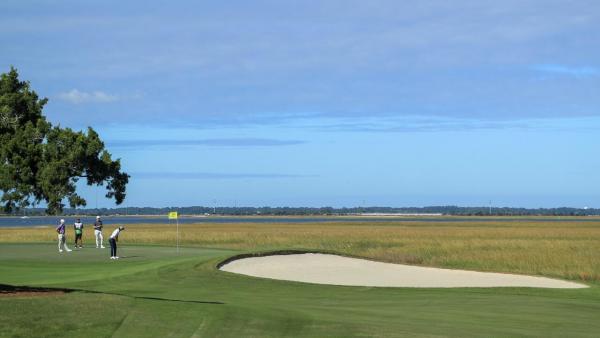 Andy says: “Take one glance at the list of competitors, and you’ll discover there is a definite end-of-year feel to this week’s event. Just two members of the world’s top-15 are taking part, while the list of former champions at Sea Island is hardly the stuff of legends.

“This week’s field is certainly mediocre, although a handful of players do standout. World No 37 Kevin Kisner should be among the front-runners in Georgia.

The 37-year-old from South Carolina is a former champion at Seaside, where he has also posted four other top-seven finishes. He won the Wyndham Championship in August and has an ideal game for courses where accuracy and touch are valued more than sheer power.”

The European Tour draws to a close this week with the DP World Tour Championship so our man’s here with his comprehensive preview ahead of Thursday’s start.

Steve says: “Collin Morikawa simply left himself too much to do after a slow start last month when finishing runner-up to Rory in Nevada but if he starts nicely this week he’s the one to beat. He’s clearly suited to the venue and having finished 10th on debut last year he can kick on and win this year.

“His slight lack of length is a minor concern but as highlighted above, accuracy from the tee is more important here of late and few hit it straighter than Collin off the tee…

“He is a perfectly fair price at 10.09/1. He’s still only 24 and yet he’s won two majors and a WGC event in incredible fashion. Adding a DP World Tour Championship and a Race to Dubai title to his name won’t faze him one iota.

“The manner of his victory at Royal St George’s in the summer was reminiscent of Tiger Woods in his pomp and if he and Rory are toe-to-toe over the weekend, Morikawa’s the man I want to side with.”

Matt says: “In Lucas Herbert I think we’ve got plenty on-side and, as with last week’s headline selection Francesco Laporta, he sort of leapt at me from page (let’s just hope he can go one spot better than the Italian whose valiant effort was marred by a fretful thrash with his approach to the 72nd hole).

“There is, undoubtedly, one missing element in Herbert’s record book: a lack of form at Jumeirah’s Earth Course. Down the years, winners of this event have tended to have tested the waters in the top 10 prior to lifting the trophy and Herbert’s only visit here, three years ago, saw him make a slow start which he never recovered from.”

“But he’s a stronger and more confident golfer than back then and I’m content with the idea that he has it in him to contend this week.”

Who will make a fast start at the Earth Course on Thursday? Dave Tindall has three each-way picks for first round leader…

Dave says: “Martin Kaymer has got a fantastic record in the desert although in this event it would be better described as ‘solid’. The German has seven top 20s but nothing better than tied 10th. 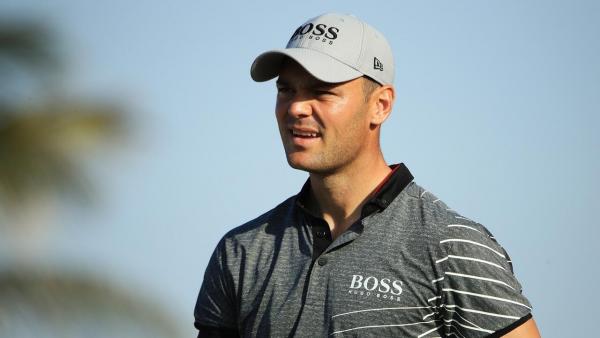 “However, his round one performances here are better than his overall finishes. Kaymer had a piece of the first-round lead in 2015 and was also in the top five after 18 holes in 2012 and 2020.

“He was tied 10th following the opening lap in 2013 and 2017 so it’s normal for him to get going quickly on the Earth Course.

“Last week in the AVIV Dubai Championship the two-time major winner was tied seventh after 54 holes before finishing tied 13th so his game looks in a good place to hit the ground running.”

Andy says: “It’s rare for this event to crown a champion who is not among the Tour’s elite and other pros to enjoy solid Earth Course form are Patrick Reed, Tommy Fleetwood, Shane Lowry and Sergio Garcia.

Of this quartet, Garcia finished seventh recently on the PGA Tour in Mexico, while Reed was a runner-up in Bermuda.

“Finally, the 2018 champion Danny Willett has a habit of winning big events, even if his week-to-week consistency is not brilliant, while long-driving Dean Burmester certainly has the tools to perform well on this layout.

“The South African has twice tied-fourth here, so another each-way finish is definitely on the cards.”

Webb Simpson, after lessons with Butch Harmon, is looking to bounce back in ’22